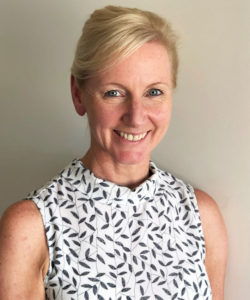 After completing her degree and two years at Royal Melbourne Hospital in junior rotations, Sue travelled to London working at the Queen Elizabeth Military Hospital. Here, Sue gained invaluable experience in sports injuries and acupuncture/dry needling. On returning to Australia some two years later, Sue worked in private practice and continued with her sporting focus as physiotherapist for 21 &Under Victorian Netball team. Aligned with this, Sue commenced her sixteen year relationship with the Western Bulldogs Football Club as club physiotherapist. During this time, Sue was exposed to the elite expertise of club surgeons, doctors and fellow physios, working in an environment striving for excellence. Sue completed two post graduate diplomas in sports physiotherapy and was awarded her Sports Physiotherapy title in 1999. She was also presented with a life membership to the Western Bulldogs Football clubs.

In 2005 and 2006, Sue was the physiotherapist for the Australian selected AFL team competing in the International series against Ireland. Sue continued with the Bulldogs until the end of the 2010 season, and then joined the medical team at Essendon Football Club for 18 months.

Sue continues to be passionate about the assessment and management of sporting injuries particularly seeking underlying explanations for the cause of presenting injuries. She is developing a n expanding knowledge in to the use of real time ultrasound to assist her in this quest.

Sue, in conjunction with her English husband, Mark, are the founders of “Sports Physio & Active Rehab” they have two teenage children, Ross and Livi, who are themselves avid sports competitors. 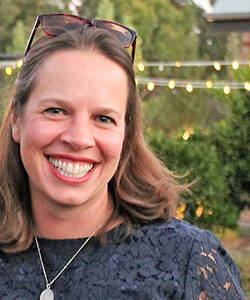 Suzie joined SPAR in November 2017 and has over twenty years experience working with children with disabilities or developmental delay. Suzie has worked in Specialist Schools, Community Health Centres, Public Hospitals and currently with the Victorian Paediatric Rehabilitation Service.

In recent years Suzie has also worked in adult rehabilitation in our local Public Health Services. She values team work and an interdisciplinary approach to therapy. The introduction of the National Disability Service will provide people with enhanced opportunities to participate in their communities, and Suzie is keen to support people to achieve their goals.

Suzie is a member of the Australian Physiotherapy Association, has completed extensive training in Neurodevelopmental Therapy and Aquatic Physiotherapy including the Halliwick Method and Ai Chi. She incorporates current evidence based approaches to her therapy. Suzie has also taught Allied Health Assistants for several years. Another clinical interest is working with people during and after a cancer diagnosis. She is currently completing her Masters in Palliative Care. Suzie enjoys spending time with her husband and three teenage children hiking, swimming and gardening. 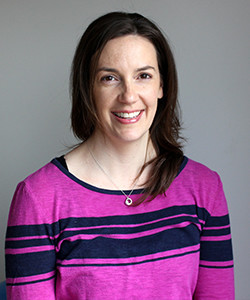 Amanda graduated from The University of Melbourne in 2004, commencing work in the private sector in 2005. She joined the team here at SPAR in early 2015.

Amanda has many years of experience working with a variety of sporting teams at local, national and international level. Her sports coverage has included Aussie Rules Football, basketball, ultimate frisbee, netball, and rugby 7s.  Most recently, Amanda was involved in the successful U17 State Netball team campaign (2014) and the Victorian Flames ANL team (2014).  Amanda continues her involvement with the PNG Women’s Sevens Rugby team, touring internationally.

Amanda has a passion for continuing education, most recently completing her Masters in Sports Physiotherapy (2015). Amanda is qualified in dry needling and Pilates, and recently completed a Bikefit training course, a service that will be added to her clinic work in 2016. 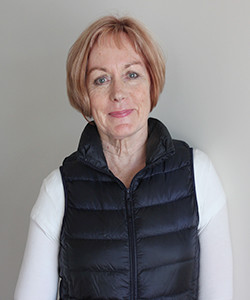 Michele has over 30 years experience as a physiotherapist and has practiced in the Macedon Ranges community for 20 years, being a sole practitioner at Gisborne Physiotherapy Clinic.

Michele had 8 years experience working at the Victorian Institute of Sport High Performance Centre treating elite level women’s gymnastics. Over this time Michele has completed a Masters in Sports Physiotherapy, along with a Graduate Diploma in Rehabilitation Studies and a Graduate Diploma in Health Research Methods. Her special interests are pelvic instability, pregnancy, sports injuries, spinal conditions and musculo skeletal cases, occupational health and rehabilitation. 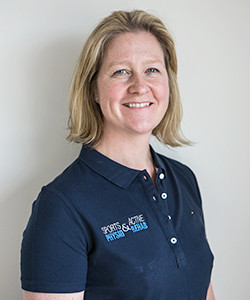 Megan has been qualified as a Physiotherapist for over 25 years and taught Pilates for 20 years and has travelled the world teaching therapists internationally how to use Pilates as an effective rehabilitation tool. She joined SPAR in 2014 and always had a special interest in women’s health issues and is currently completing her post graduate diploma in Women’s Health.

Megan also treats a variety of musculoskeletal conditions using a combination of hands on treatment with exercise to rehabilitate her patients. 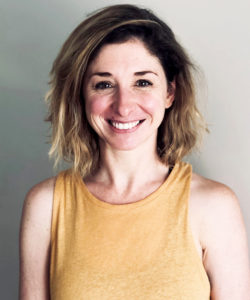 Jacqui first discovered Pilates in 1999 while completing a Bachelor of Arts in Dance at Queensland University of Technology.

After teaching dance and keenly practising Pilates for a number of years in Australia, the United Kingdom and South Africa, she decided to combine her love of Pilates and teaching and undertook a Diploma of Professional Pilates Instruction with Polestar Pilates.

She began teaching in Queensland in 2013 before moving to Gisborne in 2017. 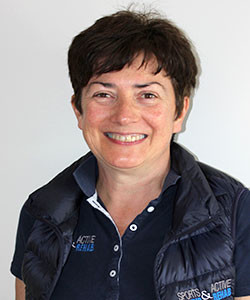 Jo also has experience in pre and post-natal treating and in paediatrics. Jo is a qualified lymphatic drainage therapist, working with post surgical and lymphedema patients. Other interests include soft tissue injury managements, enhancing sporting performance and recovery through training. As well as working at SPAR Jo currently lectures at NMIT University in injury treatment, athlete management and research techniques.

Since completing her Myotherapy studies, Kim has had 15 years experience in both private practice and the Australian Football League and local football leagues.

Kim undertook clinical placement throughout her university studies at the Western Bulldogs Football Club and upon completion of her Advanced Diploma of Myotherapy continued with the WBFC as a Sports Trainer/Myotherapist for 12 seasons, finishing in 2013. During this time she was also appointed head trainer at the Gisborne Football Netball Club for three years. Kim has a love of sport and her interests include improving individuals sporting performance and recovery. Kim joined SPAR’s myotherapy team in 2013 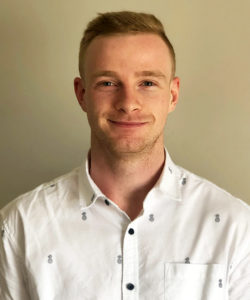 Patrick joined SPAR in 2019 after graduating from a Bachelor of Science (Biomedical Sciences) at Victoria University and Master of Physiotherapy Practice at La Trobe University in 2018.

Patrick is an ASCA Accredited Strength & Conditioning Coach and since 2012 had had experience as a Fitness Instructor & Personal Trainer in the Macedon Ranges region.

Patrick has interests in both musculoskeletal and sporting conditions, he currently works with Melbourne University Lightning Championship Team in the Victorian Netball League (VNL) and has had experience working with athletes from various sporting codes including Australian Rules Football, Soccer, Basketball and Triathlon. Patrick has a passion for prevention, management and rehabilitation of lower limb injuries, in particular acute ankle sprains and chronic ankle instability.

Outside work, Patrick enjoys playing AFL, running, going to the gym and catching up with family and friends. 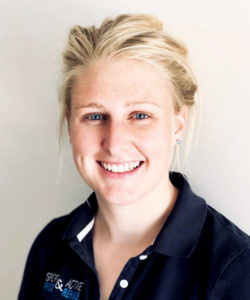 Liana graduated from La Trobe University at the end of 2017 after completing her Bachelor of Applied Science and a Masters of Physiotherapy Practice.

She has formed a particular interest in musculoskeletal as well as sports related conditions.  Since 2016, Liana has held the position of Head Trainer/Physiotherapist at the Gisborne Football Netball Club.  Liana also works with Melbourne University Lightning Championship Team in the Victorian Netball League (VNL).

She has a passion for helping people improve their quality of life and assisting athletes improve their performance. Liana uses a wide variety of rehabilitation exercises and strength programs to achieve full function after an injury.

Outside the clinic Liana has a passion for athletics, in particularly middle distance running. 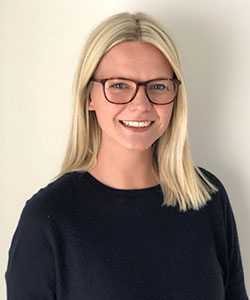 Stephanie attained her Bachelor of Health – Physiotherapy degree in 2008 in Amsterdam. After coming to Australia on a post-university trip she decided to emigrate permanently.

In the Netherlands Steph was the Physiotherapist for numerous sporting teams and was the primary Physiotherapist for the men’s and mixed Dutch Touch teams during the European and World Cup from 2010-2013. After working in Europe for a few years she attained her sponsorship in Cairns and has been calling Victoria home since 2017. Steph started working for SPAR in 2019 after the birth of her first child.

Stephanie has a keen interest in treating sporting, pregnancy related and chronic injuries. To complement her experience in rehabilitation and manual skills Steph also has a passion for using Pilates as a treatment method to further improve the wellbeing of clients.